Like many other large-cap altcoins, Stellar Lumens (XLM) has performed well against Bitcoin and the U.S. dollar over recent weeks. Per data from TradingView, the asset is up by 58% against the dollar. And over that same time frame, it is up 24% against Bitcoin.

While a positive sign for the cryptocurrency, an analyst in the space isn’t too sure XLM will rally higher. This is the same analyst that predicted in the middle of 2018 that Bitcoin would bottom at $3,200 in that bear market.

The past few days have seen Stellar Lumens shed a majority of the gains it incurred in July. On the night of the flash crash just evenings ago, the asset plummeted, underperforming Bitcoin.

While a short-term bounce has since transpired, the aforementioned analyst sees some downside for XLM against Bitcoin. In an analysis published on August 5th, he wrote:

“FWIW I dumped xlm, not interested anymore, close back into the breakout range is typically bearish and also looks like it was a 5 wave decline. I suspect it will likely head back down to lower range possibly even new lows, likely caused btc pumping, usd pair might be ok, I dunno.” 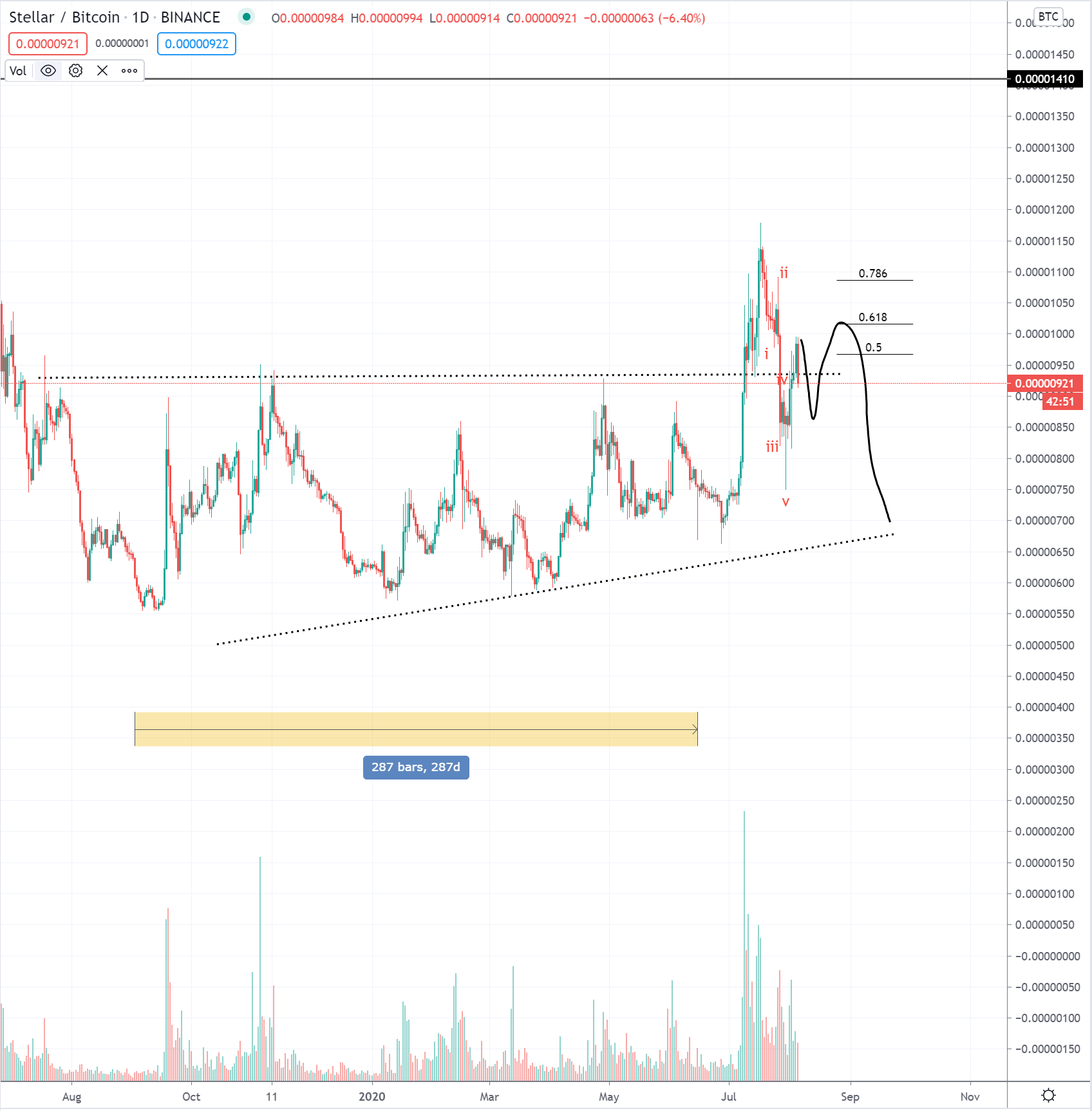 “Too much supply and ease of entry should continue to weigh on most alt-coins, still in an extended hangover from the parabolic gains to the 2017-18 peak. It’s the increasing differentiation, maturation and more widespread adoption that favors Bitcoin, which is becoming more of a gold-like store of value.”

Other Traders Beg to Differ

The aforementioned sentiment about Stellar Lumens is notably different from that of other analysts.

Another trader shared the chart below on August 3rd. As the chart shows, XLM’s recent price action has allowed the asset to break above a one-year-long accumulation range. This breakout, which was backed by “volume expansion,” is priming Stellar Lumens for a “130%” rally against Bitcoin. In his words:

$XLM is still one of my favorites.