Ripple is trading with a minor bearish angle below $0.3020 against the US Dollar. XRP price must stay above $0.2850 to start a fresh increase in the near term.

The decline was such that the price broke the 50% Fib retracement level of the upward move from the $0.2719 low to $0.3200 swing high. It even traded below the $0.3000 support level and tested the 100 hourly simple moving average.

The 61.8% Fib retracement level of the upward move from the $0.2719 low to $0.3200 swing high is also acting as a decent support. There is also a major bullish trend line forming with support near $0.2840 on the hourly chart of the XRP/USD pair. 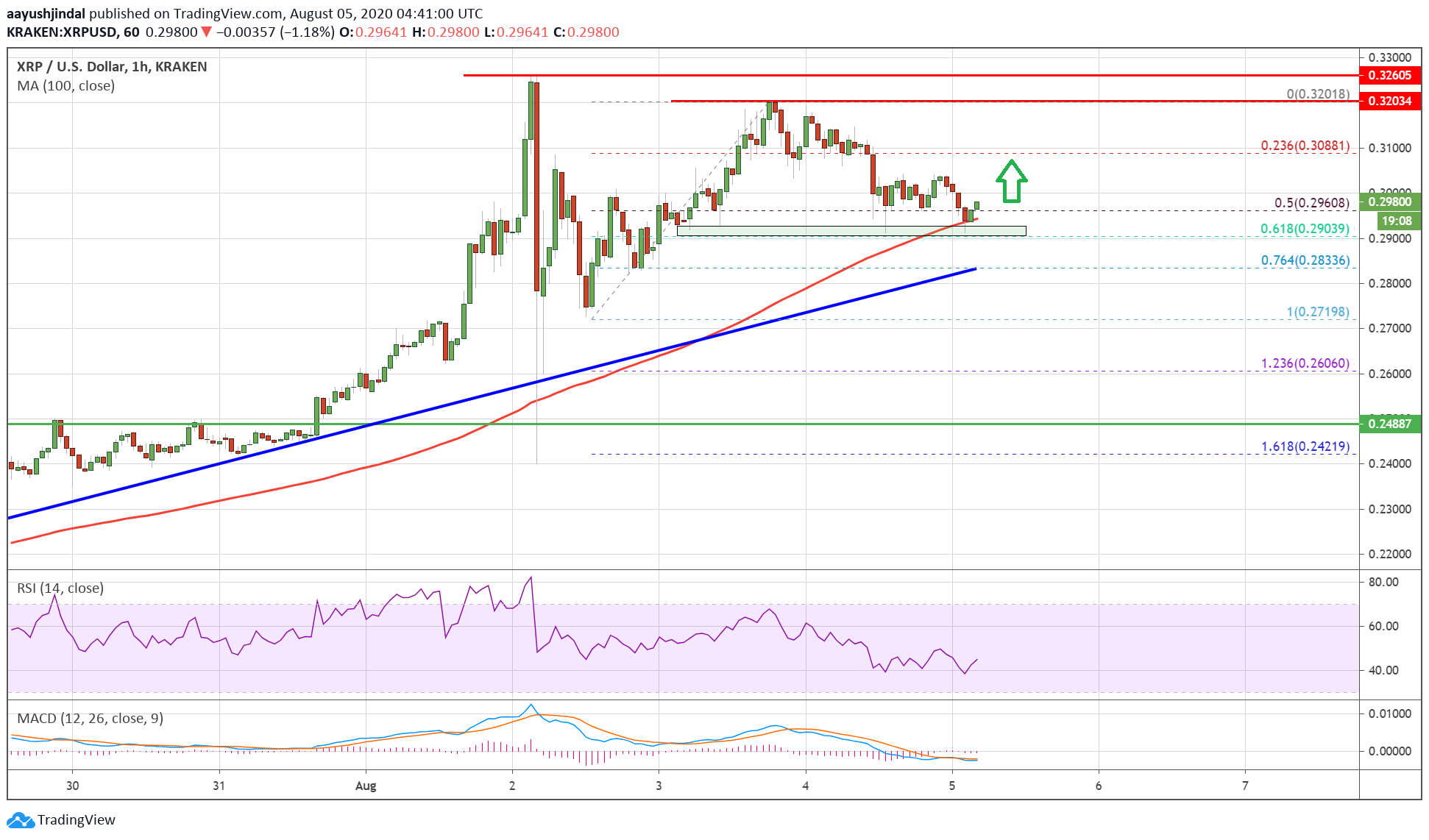 The 100 hourly SMA and the $0.2900 zone are major supports for ripple. If the bulls fail to protect the $0.2900 support, the price could continue to move down towards the trend line support.

The $0.2850 zone and the trend line hold the key. If there is a clear break below the trend line support, the bears are likely to take control and the price might decline below the $0.2800 level. The next major support is seen near the $0.2650 level.

Hourly MACD – The MACD for XRP/USD is about to move back into the bullish zone.

Hourly RSI (Relative Strength Index) – The RSI for XRP/USD is still well below the 50 level.