While Bitcoin and Ethereum have stalled over the past 24 hours, Matic Network (MATIC) has broken out. The prominent altcoin, currently the 96th largest by market capitalization, is up 15% in the past 24 hours alone. This means the asset is outpacing BTC by 13.9% and ETH by 13.7%.

Analysts are optimistic about the medium-term future of Matic as the cryptocurrency surges 15% higher after months of consolidation against Bitcoin and against the U.S. dollar.

One altcoin-focused trader shared the chart below on August 10th, showing that the altcoin has surged above a pivotal horizontal level. He expects the asset’s ongoing rally to take MATIC to around 300-500 satoshis per coin, which will amount to a 52% to 147% rally from current levels. 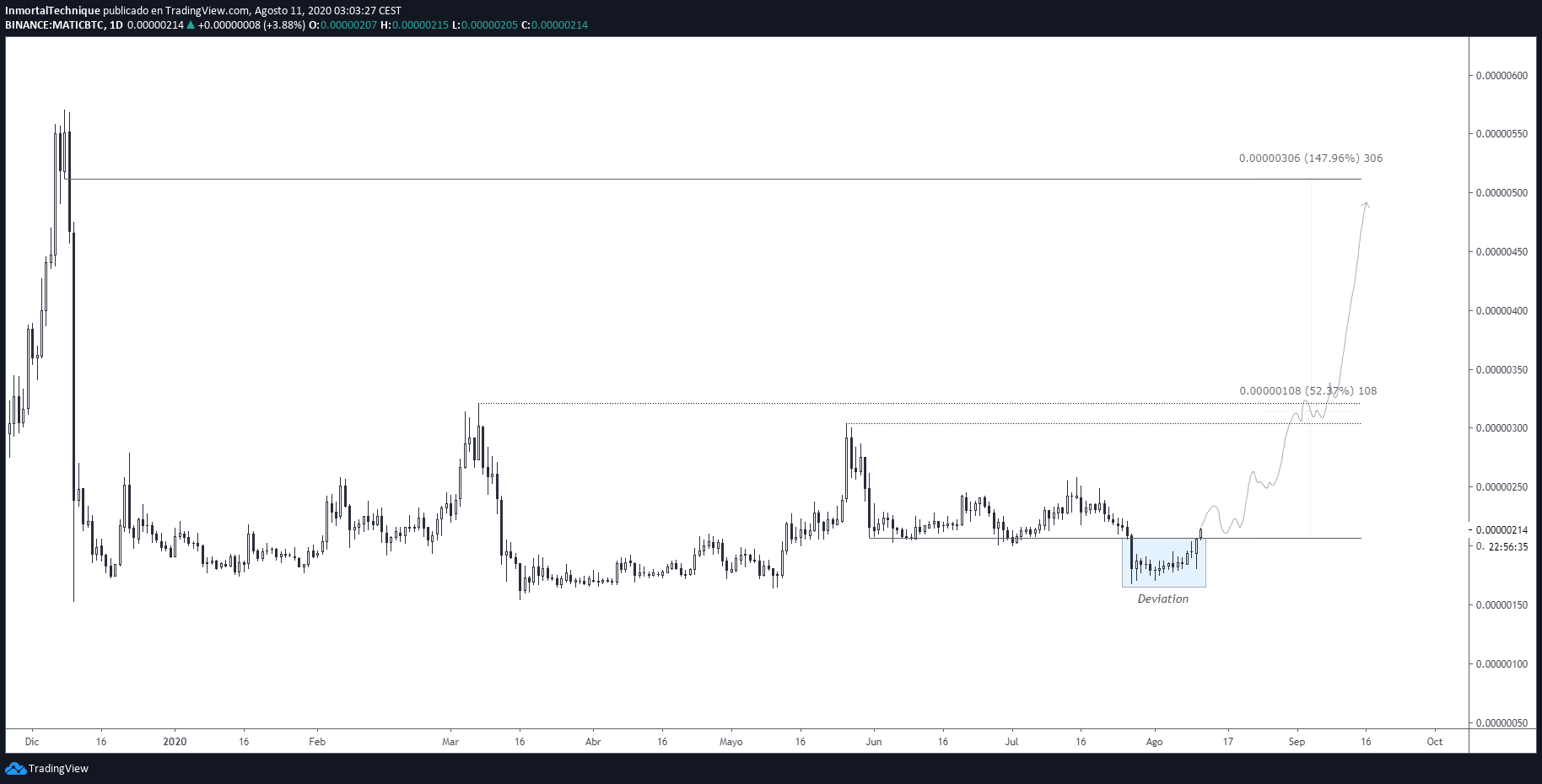 This optimism has been echoed by a swath of other analysts, who also reference the asset’s performance against the U.S. dollar.

One trader noted that MATIC has recently cleanly broken above a descending channel and a crucial horizontal level. This should trigger a rally of at least 15%, his chart suggests.

Another pointed out that with MATIC breaking above an eight-month downtrend, a move that will ensure the asset doubles is entirely possible.

The fundamentals of the network are arguably strong.

Matic announced last week that it is using $5 million worth of funding to incentivize DeFi projects to build on the network. Matic as a network is an Ethereum sidechain that promotes scalability, which is an issue that the Ethereum blockchain is facing at the moment due to the high demand for DeFi.

The team behind the project also announced that it added 11 validators to the Matic Network over “Phase 1” of its staking program. 25 additional validators will be added during the “start of Phase 2.”

1/ Phase 1 of staking is now complete! Onwards to an increasingly decentralized network.

25 additional public validators during the start of Phase 2. pic.twitter.com/oPvGXhNKfy