It’s been an explosive past few days for Chainlink (LINK), despite the implosion Bitcoin saw on Saturday evening.

As reported by NewsBTC, the price of the popular altcoin surmounted $9 for the first time ever on Monday. The asset reached a local high of $9.40 at the time of our report, around 5% above the previous all-time high of $8.94. Blockchain analytics firm Santiment suggested that the surge came on an uptick of trading volume and social sentiment.

While Chainlink’s price action is impressive, it isn’t convincing Barstool’s Dave Portnoy to buy the coin.

Since NewsBTC’s last market update on Chainlink, the asset has continued to trend higher. Just minutes ago, the cryptocurrency hit a price of $9.85 — nearing the pivotal $10 level.

Analysts remain optimistic as the technicals remain skewed in favor of growth.

“Going strong here and on the 4H we have the 50MA crossing the 100MA which is clearly telling the direction for now.” 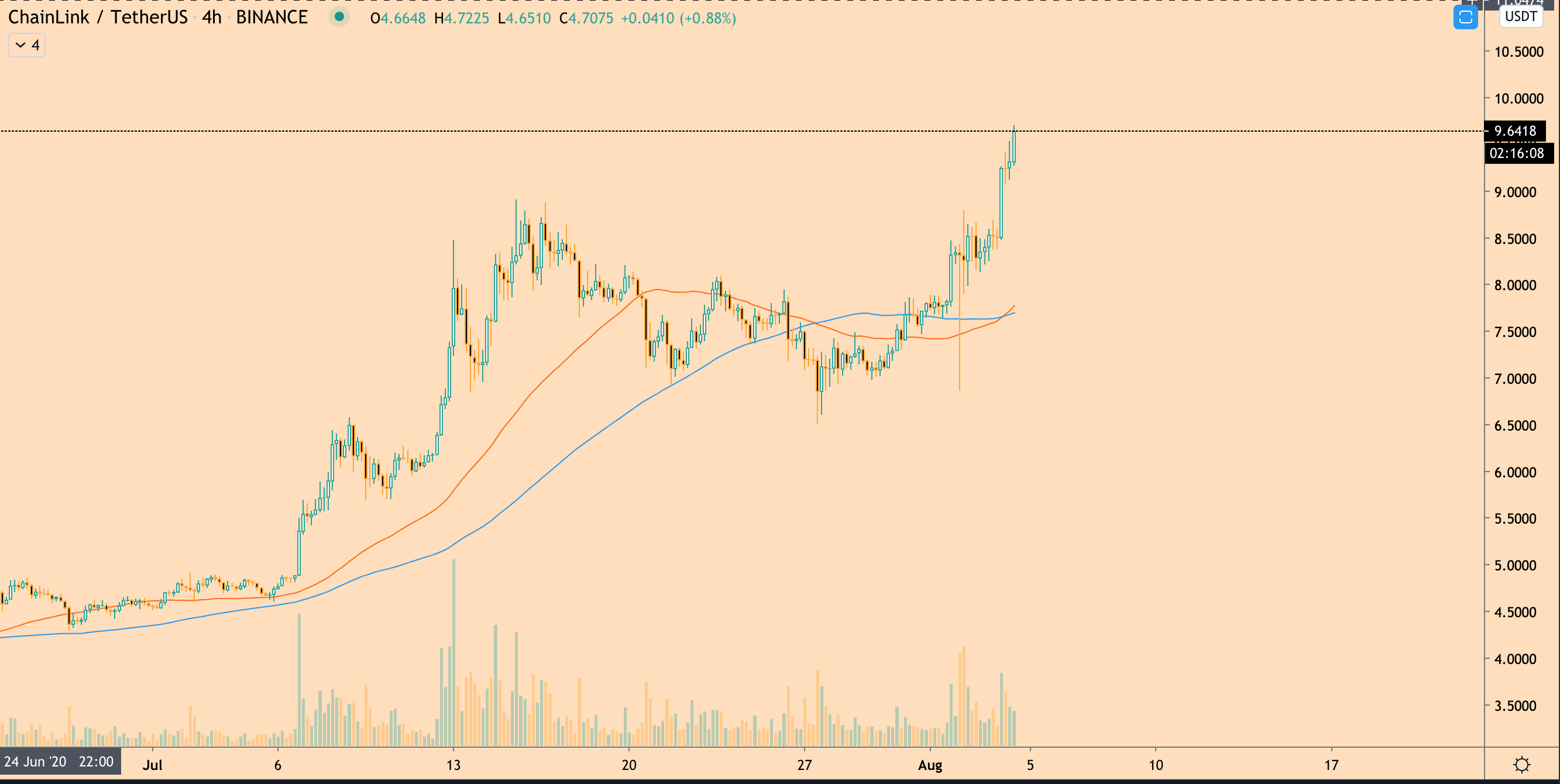 IntoTheBlock, a blockchain analytics firm, has separately noted that the asset has a slew of positive indicators despite weakness in the rest of the cryptocurrency market.

Data from August 3rd from the company suggests that Chainlink is growing as a network while LINK’s order book is being skewed by buyers.

Despite LINK’s price strength, which has made it a top-performing cryptocurrency in 2020, Barstool’s Dave Portnoy is not convinced of Chainlink.

The founder of Barstool Sports and a popular stock trading personality said in a Twitter video published on August 4th that he is not buying Chainlink because “he doesn’t know how to.”

What Portnoy did announce, though, is that he will buy Bitcoin if the Winklevoss Twins from crypto exchange Gemini will help him.

Portnoy’s involvement in the cryptocurrency space has been seen as important by many in the industry due to his platform, which is filled with investors who will follow what he does.

Unfortunately for LINK bulls, though, he won’t be buying Chainlink — at least for now.